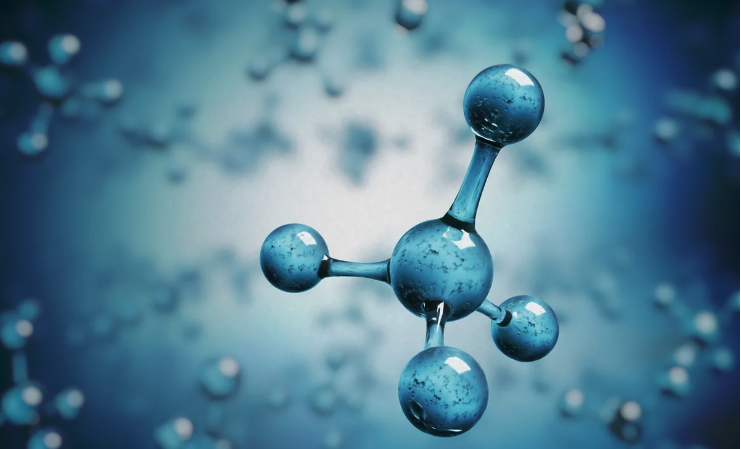 In the words of Gary White, VP of BCS Engineering, who has been working on or around Ammonia for 35 years. If you are reading this article at one of the BCS locations, then you too are working around Ammonia as well. Ammonia is in all of the pipes and vessels around the facility and is what we use for refrigerant that keeps our warehouse’s cool or cold.

Fun Fact: Did you know it can shrink a dollar bill down to half it’s size?

See below how it works.

Ammonia has been the refrigerant of choice since the early 1800’s.

Did you know that the very first mechanical refrigeration system using ammonia was developed and patented in 1834? Before mechanical refrigeration came into play, block ice from frozen lakes and ponds were the main source of refrigeration when it came to keeping dairy, meats, fruits, and vegetables from spoiling. But having an icebox in your house was bulky, messy and could actually cause bacteria growth in the melted water from the ice that was taken from lakes and ponds. Bacteria became such an issue that block ice was eventually outlawed in some states due to the health hazard it could become. So when the closed loop mechanical refrigeration system was first being developed, a lot of people started to see the possibilities for its use, everything from cooling your home to the food that you ate, to shipping fresh foods on rail cars or in ships. In 1911 GE developed the first home use refrigerator which ran on a gas since in 1911 not everyone had electricity in their homes. By 1927 GE released it’s electric version which was quite a bit smaller than its gas-powered big brother and easier to fit into household kitchens. But I digress, let’s get back to Ammonia.

Ammonia makes the world go round: Refrigerant, Fertilizer, and Fuel.

Ammonia is considered a natural/green refrigerant since the chemical make-up of it is NH3, one part Nitrogen and three parts hydrogen. Both elements are naturally occurring in the environment and doesn’t cause any damage to the ozone layer if it is released into the atmosphere. Because of the nitrogen in ammonia, it is one of the most efficient and widely used source of fertilizer in the Ag industry, enough so that there are miles of pipelines all throughout the Midwest that are used to transport liquid ammonia around the country. Because Ammonia is 3 parts hydrogen, it has been used as a fuel for vehicles and other combustion engines. There are lots of web pages dedicated to the NH3 car development if you want to look it up. If you think about it, using ammonia as a fuel in a vehicle is 100% free of any carbon emissions and other greenhouse gasses and can be used in both regular and diesel engines, this could very well be the fuel of the future.

I just read this weekend that Maersk, the container shipping giant, has committed to building a production facility that will produce green ammonia (using power from wind turbines to run the facility) by 2026, that’s only 5 years from now. The ammonia produced at this facility will be used for the Ag industry in Europe as well as fuel for the Maersk ships. Here is a quote from the article:

“The Power-to-X facility located in Esbjerg on the Danish west coast will convert power from wind turbines to green ammonia. The green ammonia produced at the facility can be utilized by the agricultural sector as green fertilizer and by the shipping industry as a truly sustainable green fuel.”

So you see ammonia is not just a refrigerant that we use to keep our warehouses cold, it has huge potential to be a leader in the quest for green emissions, as well as all the other applications that we don’t normally think about in our daily lives.

Here is a fun fact about ammonia, did you know it can shrink a dollar bill down to half it’s size? And please don’t ask one of the Engineers for some ammonia to try it out. How this happens is, the Anhydrous Ammonia that is used in refrigeration systems is 99.9% pure ammonia, Anhydrous means without water. Since ammonia has an affinity to water because it doesn’t have any, it will draw all of the moisture out of a dollar bill to the point that it will shrink it in size.

For more info, email us at bcsmarketing@bellcold.com