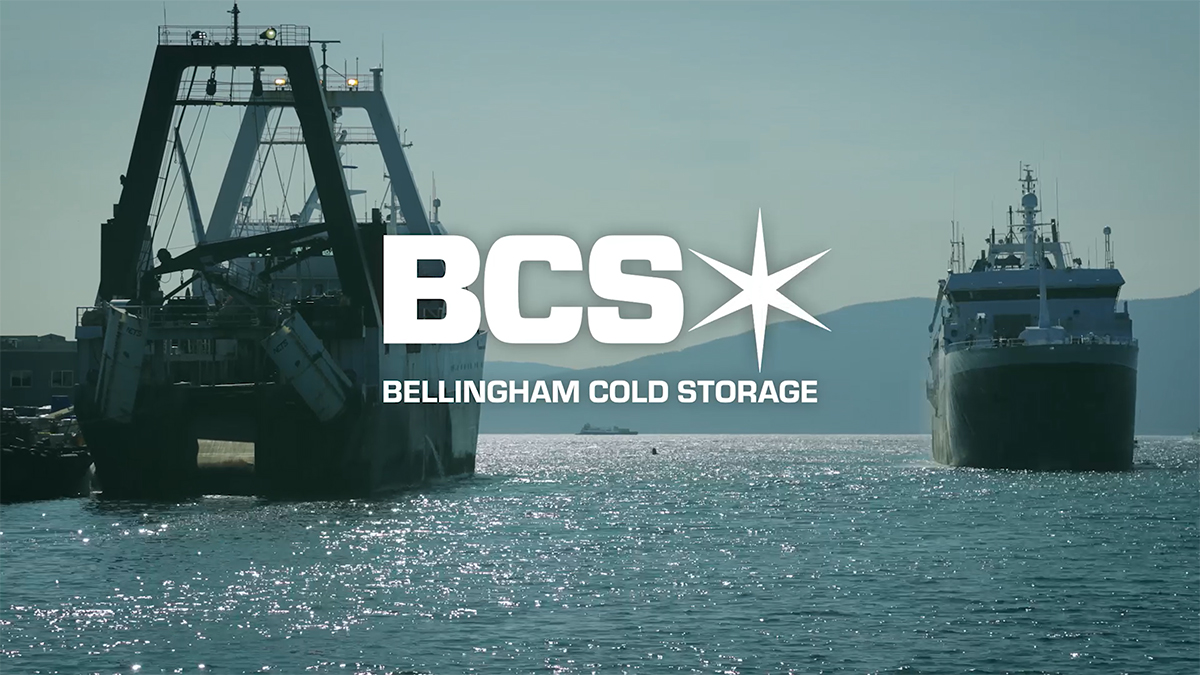 On November 29, at the age of 87, Jim Talbot passed away peacefully here in Bellingham, where he had been battling Alzheimer’s disease since first being diagnosed back in 2007.

Many of you were fortunate to have known and worked with, for or around Jim over the years. If you did, you would have known that he was a gentle man in terms of both being a statesman and a thoughtful, caring human being. He loved Bellingham Cold Storage and everything that it represented, produced and provided over the years. He especially loved the ships and vessels that would call here at our deepwater docks, and he took special interest several years ago in an expansion project, which at the time, was thought to be very speculative. As it turns out, BCS has utilized that dock expansion on hundreds of occasions, moving millions and millions of pounds of cargo through the BCS Marine Terminal on Squalicum Waterway.

You may also know that Jim was a dreamer, a visionary, always pushing the envelope and possessing an innovative side that kept him young at heart. He was at the lead of several ventures, many of which did not pan out and several that did.

Jim was a pioneer during the U.S./Russian Cold War, forging a partnership with the Russians to harvest and then trade U.S.-caught seafood products during a time when working cooperatively with the Russian government was often thought foolish by our own federal leadership.

Jim also led the effort to develop signage for both the Squalicum and Orchard facilities that would present BCS in a more professional manner. Jim reached out to the designer, Andrew Golding, who was responsible for the signage that adorned the Calgary Winter Olympics in 1988, to develop a system for Bellingham Cold Storage. At the time, several of us thought that it was an interesting use of perfectly good funds but eventually came to appreciate the longer-term vision he had for raising the level of professionalism and quality facilities that has become our trademark.

Eventually, the Talbots ventured out into the real estate development side of the business; the Barkley District has blossomed into a very polished and well-designed commercial, residential and community district like no other area in Bellingham. The Barkley District was again a vision of Jim’s, and it will continue to grow and enhance the community that we all enjoy and can be proud to call home.

We have missed seeing Jim stop into the office on a regular basis over the last several years, and with his passing it really brings finality to the occasional pleasant visits that he would sometimes make with his son Stowe and or daughter Jane’s assistance.

Jim was preceded in death by his wife, Joyce Talbot, and is survived by his son Stowe Talbot, wife Nina, grandson Remy, granddaughters Victoria and Bella, and daughter Jane and granddaughter Genevieve. Our collective hearts go out to the entire family for the loss of a great man.